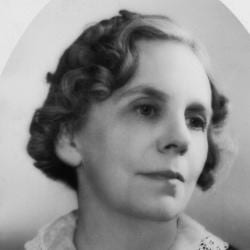 STEBBINS, LUCY POATE.  Appointed for the preparation of a book on English women novelists of the 19th century, with the object of determining the relationship between their material and social environment and the character of their work; tenure, twelve months from May 1, 1944.