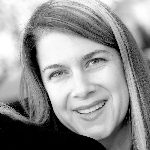 Lydia Millet is the author of seven novels as well as a story collection called Love in Infant Monkeys (2009), which was one of three fiction finalists for the Pulitzer Prize. 2011 saw the publication of a novel called Ghost Lights (W.W. Norton), named a New York Times Notable Book, as well as Millet’s first book for middle readers; her next novel, Magnificence, is coming out in fall 2012, while her second book for middle readers will be published this summer. Millet works as an editor and writer at a nonprofit group devoted to endangered-species protection in Tucson, Arizona.