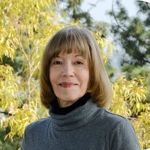 The daughter of a medical research scientist in the United States Air Force, Lynn Aldrich was born in Bryan, Texas, but grew up “everywhere” – ten different states — before moving to Los Angeles where she now lives and works.  After receiving a B.A. in English Literature from the University of North Carolina, Chapel Hill, it took a while to “surrender” to a love of visual arts, but in 1986, she received an M.F.A. from Art Center College of Design, Pasadena, CA. Since then, she has exhibited extensively with shows in Los Angeles, New York, other cities around the US, and in Europe. Museum exhibitions include the Museum of Contemporary Art, Los Angeles; the Los Angeles County Museum of Art, the Santa Monica Museum of Art, the U.C.L.A. Hammer Museum of Art, Los Angeles; the Memorial Art Museum, Rochester, NY; the Museum of Biblical Art, NY; and the Kampa Museum, Prague.

Aldrich is a recipient of the City of Los Angles Fellowship Award from the Department of Cultural Affairs and the Getty Trust Fund for the Visual Arts Individual Artist Fellowship Award. In 1999, her sculpture was acquired by the Los Angeles County Museum of Art through their Art Here and Now Purchase Award. Other public collections include MOCA, Los Angeles; the Calder Foundation, NY; and Neiman Marcus Inc., Dallas, TX. Public art installations include Blue Line Oasis, a station for the Los Angeles Metro Transit Authority. Her works are also in prominent private collections such as the Cheney Family Collection, Houston; the Peter Norton Collection, Los Angeles; the Henry and Lisille Matheson Collection, Miami; the Alain Servais Collection, Brussels; and the Howard and Roberta Ahmanson Collection, Irvine, CA. Reviews of her artwork have been featured in the Los Angeles Times, LA Weekly, the New York Times, Sculpture, Artforum, and Art in America among other publications.

Being here in time and space, in a body, in the world, seems both quite ordinary and very mysterious. My art begins with making conceptualizations about this condition of being and looking out at the world. A variety of materials interest me, usually those common to a suburban-based, do-it-yourself, consumer society. I use careful craftsmanship, but I don’t alter my media so much as attempt to reveal, through accumulation, repetition, or placement, the metaphors inherent in their actuality (the cosmos is already strange and extravagant). References to nature — phenomena such as water, light, stars and planets, flora and fauna – are co-mingled with the pervasive, sometimes deadening influences of contemporary culture.

The work is designed to perceptually challenge the viewer’s expectations, while raising questions about physicality and our “ontological moorings”. Living in Los Angeles (a sprawl of glamorous banality) seems to be an advantage to the awareness of changes occurring in our global society. L.A. hangs tenuously on the edge of a continent, a metropolis symbolic around the world, of a mythological urge toward paradise. Our fair-weather landscape abounds in Eden-inspired gardens, yet we seek escape from real time and space through the powerful distractions of the movie industry and computer simulation technology. Excess, spectacle, and artificiality collide with my longing for a deeper ground of being.

So I go shopping, looking for unexpected materials, in a kind of up-dated, 19th century expedition to explore exotic locals, wonder at diversity, and collect specimens. Then, back in the studio, I construct works inspired by the simplicity and directness of Minimalism. Humility, humor, and irony seem more appropriate than angst, yet often there is an environmental concern or even apocalyptic understatement. My art making employs the empiricism of the natural sciences. But I remain open to a spiritual expectation of revelation and authentic transcendence. This paradox is at the core of all true religion and artistic activity.