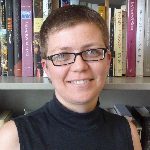 Magda Teter grew up in Cold-War Poland. Having received an M.A. from the School of Oriental Studies at the University of Warsaw, Poland, she moved to New York and earned her M.A., M.Phil., and Ph.D. from Columbia University.  She currently teaches at Wesleyan University.  She specializes in early modern religious and cultural history, with emphasis on Jewish-Christian relations in eastern Europe, the politics of religion, and transmission of culture among Jews and Christians across Europe in the early modern period.  Her research takes her to different archives in Europe, among them the Secret Vatican Archives and the Vatican Library. She is the author of Jews and Heretics in Catholic Poland (Cambridge University Press, 2006), Sinners on Trial (Harvard University Press, 2011), and a co-editor of and contributor to Social and Cultural Boundaries in Pre-modern Poland (Littman, 2010).  In addition to her books, she has published numerous articles in English, Polish, and Hebrew. She serves on the editorial boards of Polin, the Sixteenth Century Journal, the AJS Review, and is co-founder and editor of the Early Modern Workshop, which is an open source site with historical texts and videos of scholars discussing them. Follow this link to view selections of Magda Teter's publications.