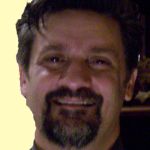 In addition to his teaching responsibilities, Mr. Boeri has conducted extensive research on ancient philosophies and philosophers both at his home institutions and as a visiting researcher at Georgetown University (1994-95) and at Brown University (2007), as well as a Junior Fellow at Harvard’s Center for Hellenic Studies (1999-2000) and as a visiting researcher at that institution (2004).

His publication of more than fifty-five papers and critical reviews on Plato, Aristotle, and the Stoics, as well as his co-editorship of the philosophical journal Méthexis (since 2001) and of the International Plato Studies series (since 2007) have firmly established him as one of the world’s leading authorities on ancient philosophy. This reputation has garnered him invitations to lecturer from the University of Navarra, Spain (1999); Boston College (2003); the Pontifical Catholic University of Valparaíso, Chile (2005, 2007); Trinity College, Dublin (2007); and the University of Rome Tor Vergata (2007); among others.

Building on his previous researches, he will be completing a new Stoic sourcebook during his Guggenheim Fellowship term.