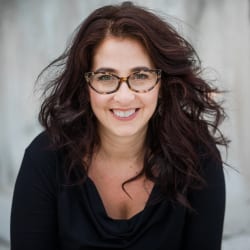 Marci Shore’s work focuses on the intellectual history of Central and Eastern Europe. She is the author of Caviar and Ashes: A Warsaw Generation's Life and Death in Marxism, 1918-1968, The Taste of Ashes: The Afterlife of Totalitarianism in Eastern Europe, and The Ukrainian Night: An Intimate History of Revolution. She is also the translator (from the Polish) of Michał Głowiński's The Black Seasons and more recently (from the Russian) of Vladimir Rafeenko’s “Seven Dillweeds,” a short piece of fiction set during the ongoing war in the Donbas.

Her recent essays include:

“A Pre-History of Post-Truth, East and West,” Public Seminar and Eurozine

“The Bard of Eastern Ukraine, Where Things are Falling Apart,” The New Yorker

“Rachelka’s Tablecloth: Poles and Jews, Intimacy and Fragility on the Periphery of the Holocaust,” Transit

“Out of the Desert: A Heidegger for Poland,” Times Literary Supplement

“Out of the Desert,” written as a eulogy, portrays the encounter between the Czech philosopher Jan Patočka, himself a student of Edmund Husserl and Martin Heidegger, and the Polish philosopher Krzysztof Michalski, younger than Patočka by forty years. It is a fragment of the project she will be working on during her Guggenheim year, titled “Phenomenological Encounters: Scenes from Central Europe.”

Marci received her Ph.D from Stanford University and is presently associate professor of history at Yale University. She has spent much of her adult life in Central and Eastern Europe.