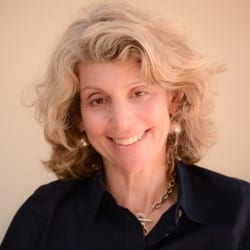 Throughout her career, Professor Cohen has explored the literature and culture of modernity. In her most recent book, The Novel and the Sea (2010), she revealed the impact of the ship’s log and the history of writing about work at sea on the development of the modern novel. The Novel and the Sea was awarded the Louis R. Gottschalk Prize from the American Society for Eighteenth-Century Studies and the George and Barbara Perkins Prize from the International Society for the Study of the Narrative. In The Sentimental Education of the Novel (1999), co-winner of the MLA’s 2000 Aldo and Jeanne Scaglione Prize for French and Francophone Studies, she recovered forgotten sentimental fiction by women writers important to the emergence of French realism. Other books include Profane Illumination: Walter Benjamin and the Paris of Surrealist Revolution (1993), as well as co-edited collections and a Norton critical edition of Flaubert’s Madame Bovary (2004). Professor Cohen has received fellowships from the Fulbright Commission, the ACLS, NYU’s International Center for Advanced Studies, the NEH, the John Carter Brown Library’s Alexander O. Vietor Memorial Fund, and the Stanford Humanities Center.

Professor Cohen will use her Guggenheim Fellowship to complete Spectacles of the Underwater Frontier, a book showing how the modern imagination of the depths has been shaped by science and technology enabling people to view a hitherto inaccessible realm, as well as to exhibit its conditions on land. From the first aquariums to underwater film and TV, popular spectacles have fostered for general publics an emotional relationship to the remote world of the deep. Even today, entertainment shapes our relation to an environment few experience directly, yet whose well-being is integral to life on our planet.