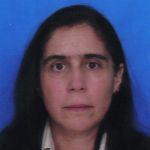 In 1994, her M.A. thesis in ethno-history was awarded Meritorious Mention (Mención Meritoria) and Special Distinction by the National University. It was on the colonial and indigenous history of the Sibundoy Valley of Upper Putumayo in southern Colombia in the sixteenth through eighteenth centuries. Her main result was the documentation of continuous interrelations between highland Andean indigenous groups (the Kamsá and the Inga) and Quechua-speaking groups of the Ecuadorian and Peruvian Amazon. In her Ph.D. dissertation she discussed the way in which cocaleros (coca growers and harvesters) make themselves visible to the state as political actors in the midst of drug-related violence. Her recent work explores the intersections of violence and identity through the lens of public policy and state/citizen relations, focused on the Amazon Region of Colombia, specifically the department of Putumayo, which has become a privileged place to study global-national-local relations established in the context of the campaign against drugs, guerrilla insurgency, and most recently the war on terrorism. It was in this department that the implementation of Plan Colombia began in 2000. Its impact on small coca growers and the public policies and programs implemented under its guidelines became a main focus of her research.

She is author of Between the Guerrillas and the State: The Cocalero Movement, Citizenship and Identity in the Colombian Amazon (Duke UP, forthcoming), a revised and updated English-language version of her book Entre el Estado y la Guerrilla: identidad y ciudadanía en el movimiento de los campesinos cocaleros del Putumayo (2001). She is also the author of Frontera Fluida entre Andes, Piedemonte y Selva: el caso del Valle de Sibundoy, Siglos XVI-XVIII (1996); and co-author of the Atlas Cultural de la Amazonia Colombiana: la construcción del territorio en el siglo XIX (1998). She is also author of several articles in books and journals on the politics of identity, ethnicity and citizenship, shamanism, social movements and collective identities, the politics of global security, the war on drugs in Colombia, and related issues in public policy.

Maria Clemencia Ramírez has held three research grants from the Colombian Institute for the Advancement of Development, Science and Technology-Colciencias (2007, 2003, 1998), a Peace Scholar Award from the United States Institute of Peace, a Wenner-Gren Fondation Grant for dissertation research (1997-1998), and a Fulbright Scholarship for graduate study in the United States (1994-1997). She was recognized with Special Distinction by the Anthropology Chapter of the Alumni Association of the Universidad de Los Andes in Bogotá, Colombia, in September 2003.

During her Guggenheim Fellowship she will continue her long-term research in Putumayo, conducting an ethnography of the promotion of good government, transparency and democracy–central aims of the new global development agenda–in this conflict-ridden region where a weak state presence has become a long-term structure.