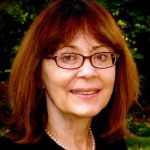 Maria Tatar is the John L. Loeb Professor of Germanic Languages and Literatures and Chair of the Program in Folklore and Mythology at Harvard University; she teaches courses on German culture, folklore, and children's literature. She has written books in all three areas, among them Lustmord: Sexual Violence in Weimar Germany, The Annotated Brothers Grimm, Classic Fairy Tales, and Enchanted Hunters: The Power of Stories in Childhood.

She has studied in Munich and Berlin, and was a Humboldt Fellow at the Free University of Berlin from 1987 to 1988.  She is also the recipient of fellowships from the National Endowment for the Humanities and the Radcliffe Institute for Advanced Study.  She has written for The New York Times, Slate.com, and The New Republic, and has appeared on the Today show.