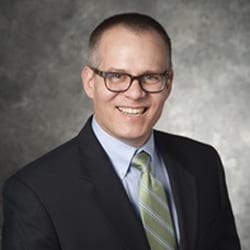 Mark A. Chancey is a Professor of Religious Studies in Dedman College of Humanities and Sciences at Southern Methodist University in Dallas. Chancey will use his Guggenheim Fellowship to continue work on his next monograph, The Good Book as Textbook: Teaching about the Bible in American Public Schools. Chancey will explore the legal, political, and academic issues raised by K-12 Bible courses while tracing their evolution from the early twentieth century to the present. With topics ranging from curricula and court cases to Vidalia onion fundraisers, Chuck Norris videos, and death threats, the project provides opportunities to reflect on the civic functions of religious literacy, the purposes of public education, the contested nature of American identity in times of changing religious and ethnic demographics, the meaning of the First Amendment, and, of course, how different groups read the Bible.

Chancey chairs the Society of Biblical Literature’s Educational Resources and Review Committee and serves as a member of the editorial board of the journal Religion & Education, the board of directors of Texas Freedom Network, and the advisory board of the Religious Freedom Center of the Newseum institute. He has been recognized by SMU with a Gerald J. Ford Research Fellowship, a Dedman College Dean’s Research Council Grant, a Maguire Center for Ethics and Public Responsibility Public Scholar Award, an Altshuler Distinguished Teaching Professorship, a Golden Mustang Teaching Award, a Rotunda Outstanding Professor Award, and a HOPE Professor of the Year Award. He has also received an American Academy of Religion Collaborative Research Grant and a Sam Taylor Fellowship.

Chancey earned a B.A. in political science and M.A. in Religion at the University of Georgia and a Ph.D. in Religion at Duke University. In addition to his work on religion and public education he has published widely on the intersection of biblical studies, Jewish studies, and the archaeology of the Roman East. His books include The Myth of a Gentile Galilee (2002), Greco-Roman Culture and the Galilee of Jesus (2005), Alexander to Constantine (2012, co-authored with Eric M. Meyers), and the co-edited volumes Redefining First-Century Jewish and Christian Identities (2008) and The Bible in the Public Square: Its Enduring Influence in American Life (2014).