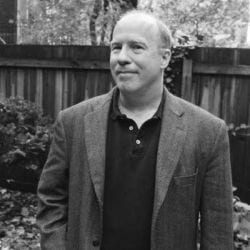 Mark Danner is a writer and reporter who has covered war and political violence and politics for three decades, writing about Central America, Haiti, the Balkans, Iraq and many other stories. He also writes regularly about American politics, having covered the last four presidential elections for The New York Review of Books. Danner was for a decade a staff writer at The New Yorker and has written for many other publications, including The New York Times, Harper's, and Aperture. Among his books are The Massacre at El Mozote, Torture and Truth, Stripping Bare the Body and Spiral: Trapped in the Forever War. His writing can be found on his website.

His writing has been honored with many prizes, among them a National Magazine Award, three Overseas Press Awards, a duPont Gold Baton and an Emmy. He was named a MacArthur Fellow in 1999 and an Andrew Carnegie Fellow in 2017.

Danner has taught at Berkeley and at Bard College and currently holds the Class of 1961 Endowed Chair in Journalism and English at the University of California at Berkeley. He and his wife Michelle and their children, Grace and Tru, divide their time between Northern California and upstate New York.