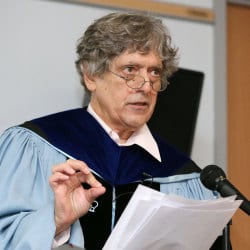 His Guggenheim project, Serge Lifar and the Crisis of Neoclassicism, is a study of French dance and politics in the first half of the twentieth century. It examines the interwar discourses of classicism and neoclassicism in French dance from the 1920s through the Occupation.

His books range in scope from the early modern to the modern and postmodern. They include: The Work of Dance: Labor, Movement and Identity in the 1930s, Martha Graham in Love and War: the Life in the Work, Dancing Modernism/Performing Politics, and Dance as Text: Ideologies of the Baroque Body. He is editor of The Oxford Handbook of Dance and Reenactment, and founding series editor of Oxford Studies in Dance Theory. Franko has been Getty Scholar, NEH Fellow in the Humanities, International Visiting Research Scholar at the Peter Wall Institute for Advanced Study, and UC President’s Faculty Research Fellow in the Humanities. He received the 2011 Outstanding Scholarly Research in Dance Award of the Congress in Research in Dance. Choreographing Discourses: a Mark Franko Reader is in preparation at Routledge.