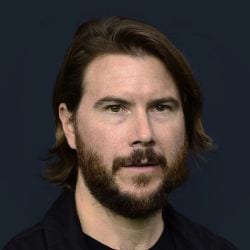 Mark Grieco is a filmmaker, cinematographer, and photographer. For the last 14 years he has traveled Latin America producing documentaries and photography.

By immersing himself in the characters’ lives and providing a sense of place, Grieco’s films explore the ethical and moral puzzles in both the story’s underlying issues and the act of non-fiction filmmaking itself.

For his first feature, MARMATO, Grieco lived and filmed for six years as a one-man crew in the eponymous gold mining town in Colombia following the story of an attempted take-over by a large mining company. The film premiered at the 2014 Sundance Film Festival and went on to win 15 international awards, including the Grand Jury Award for Best Documentary at the Seattle International Film Festival. MARMATO was distributed by Participant Media, Netflix and Univision.

His second feature, A RIVER BELOW, revealed an ethical hall of mirrors surrounding the actions of activists protecting the Amazon pink river dolphin. He spent over two years filming across the Amazon region. The film premiered at the 2017 Tribeca Film Festival to critical acclaim and won the Environmental Doc Award at the Sheffield Documentary Festival and the Audience Award at the Zurich Film Festival. A RIVER BELOW was distributed by Netflix and Grasshopper Film.

He is currently developing his next feature film.