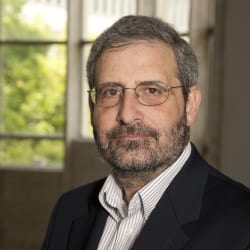 Professor Beissinger’s main areas of interest are social movements, revolutions, nationalism, state-building, and imperialism, with particular geographic focus on Russia and the post-Soviet states. In addition to numerous articles and book chapters, Professor Beissinger is author or editor of five books. His book Nationalist Mobilization and the Collapse of the Soviet State (Cambridge University Press, 2002) received multiple awards, including the Woodrow Wilson Foundation Award for the best book published in the United States in the field of government, politics, or international affairs, and the Mattei Dogan Award for the best book published in the field of comparative research. Much of Professor Beissinger’s work has engaged the interaction between structure and agency in the realm of collective action. Among other topics, he has written on the transnational diffusion of revolt, the dynamic and eventful processes occurring within episodes of contentious action, and the coalitional politics underpinning contemporary revolutions.

Professor Beissinger has held residential fellowships at the Institute for Advanced Study at Princeton, the Wissenschaftskolleg zu Berlin, the Woodrow Wilson International Center for Scholars, and the Davis Center for Russian and Eurasian Studies at Harvard University. His work has also been supported by the National Science Foundation, the National Endowment for the Humanities, Fulbright-Hays, IREX, and the Ford, Rockefeller, and Olin Foundations, and he has served as President of the American Association for the Advancement of Slavic Studies.

Professor Beissinger’s Guggenheim project concerns how revolution as a mode of regime-change has evolved globally over the past century--and in particular, the impact of urbanization on the incidence, forms, processes, and consequences of mass revolt.