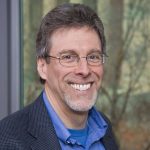 Mark S. Mizruchi is Professor of Sociology and Business Administration at the University of Michigan. A native of Cortland and Syracuse, New York, he received his B.A. at Washington University (St. Louis) in 1975 and his Ph.D. at the State University of New York at Stony Brook in 1980. After several years as a statistical consultant at the Albert Einstein College of Medicine, he became Assistant Professor of Sociology at Columbia University in 1987. He was promoted to Associate Professor at Columbia in 1989 and moved to Michigan as Professor in 1991. Mizruchi's research has focused on the economic and political behavior of large American corporations, using the methods of social network analysis. He has also published articles on circadian rhythms of blood minerals in humans, substance abuse among psychiatric inpatients, and two (scholarly) papers on professional basketball teams, one of which was the subject of a story on the sports page of USA Today. His primary current project is a study of the changing nature of the American corporate elite. He is also studying the globalization of American banking, the determinants of corporate lobbying activities, and the estimation bias in the network autocorrelation model (an approach for measuring the effects of social network ties). His publications include three books, The Structure of Corporate Political Action (Harvard UP, 1992), Intercorporate Relations (co-edited, with Michael Schwartz, Cambridge UP, 1987), and The American Corporate Network, 1904-1974 (Sage Publications, 1982), and more than 100 articles and reviews. Among Mizruchi's awards are twenty-one research grants, election to two honorary societies, a fellowship to the Center for Advanced Study in the Behavioral Sciences, and two excellence-in-teaching awards from the University of Michigan. In 1988 he became one of the first two sociologists to receive a Presidential Young Investigator Award from the National Science Foundation. He has served as Associate Editor of Administrative Science Quarterly, Consulting Editor of the American Journal of Sociology, and reviewer for more than fifty scholarly journals, book publishers, and granting agencies. He runs four miles daily and remains a die-hard fan of the Syracuse Orangemen.