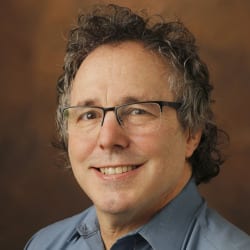 After graduating from Yale with majors in English and philosophy, Mark Schoenfield studied British Romanticism at the University of Southern California. Since graduate school, he has taught at Vanderbilt University, where he has served as both department chair and director of undergraduate studies. He regards himself as fortunate to work with superb undergraduate and graduate students, and his awards include a Littlejohn Faculty Award (2012) that funded an intensive research experience with an undergraduate that resulted in their coauthored essay, “Coleridge Among the Periodicals” (with Alec Jordan; Coleridge: Critical Readings, Ed. Denis Bonnecase, 2016). Inspired by Mrs. Bennet’s paradoxical, counterintuitive, and brilliantly funny observation that “There is no knowing how estates will go when once they come to be entailed,” his exploration of property law has led him to an upcoming project, collaborating with Clare Simmons on an edition of John Galt’s The Entail, Or, the Lairds of Grippy.

The project that the Guggenheim foundation has selected to support, The Palimpsest of Justice: Legal Trials and Romantic Print Culture, 1770–1835, explores innovations in the conduct of trials that transformed the British legal landscape. This project expands previous investigations of how institutions manage and produce knowledge. An early article, "Voices Together: Lamb, Hazlitt, and the London," (Studies in Romanticism 1990) received honorable mention by the Keats-Shelley Association for outstanding Romanticist article of that year. It developed the model on “institutional heteroglossia” that connects his work on periodicals with that on law. Mark’s first book, The Professional Wordsworth: Law, Labor, and the Poet’s Contract argues that William Wordsworth’s engagement with legal concepts shaped his poetic theory and practice as well as the contemporary critical response. British Periodicals and Romantic Identity: The “Literary Lower Empire” co-winner of the 2010 Colby Prize for outstanding work on 19th century periodicals, explores how periodicals contributed to the British theorization of identity and provided a space for its performance by specific writers and public figures including the essayist William Hazlitt and the financier Abraham Goldsmid. The Palimpsest of Justice further develops the ways in which an institution—in this case the trial courts—conceptualizes the individual and influences popular narratives.

When William Blackstone declared in 1765 that jury trials were the “palladium” of common-law justice, he meant that trials served as guarantors of British rights and had endured over time in a substantially consistent form. This claim, however, obscured the evolution of trial procedures and the meanings ascribed to them.Yet traces of older legal formations continued to exert pressure on actual trials, their representations in the public sphere, and their normalization through literature. Mark therefore characterize the trial as a palimpsest: a modern structure imperfectly superimposed over earlier structures. His project will examine the trial and its popular representations as well as other legal concepts (contracts, marriage, inheritance) as part of a culture of litigation that emerges from the pervasiveness of trials, whether real, symbolic, or imagined. The research has been bolstered by a New York Public Library short-term research fellowship to study the Pforzheimer Collection and a Visiting Scholars Fellowship awarded by the Lewis Walpole Library at Yale University to explore both prints and texts that engage the public perception of law and the celebrity lawyer. In the upcoming year, Mark will spend two months at the Huntington Library studying materials regarding public and private reactions to trials.