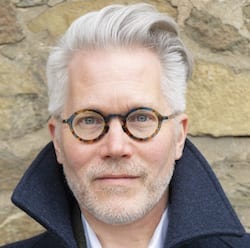 Mark Wunderlich is the author of four collections of poems, the most recent of which is God of Nothingness, published by Graywolf Press in 2021. His previous collections include The Earth Avails, which received the Rilke Prize, Voluntary Servitude, and The Anchorage, which received the Lambda Literary Award. He is the recipient of fellowships from the NEA, the Civitella Ranieri Foundation, Massachusetts Cultural Council, and the Amy Lowell Trust, and he has published poems in The New Yorker, The Nation, The New Republic, The New York Times Magazine, Paris Review, and elsewhere. He is the Director of the Bennington Writing Seminars, and lives in New York's Hudson Valley near the village of Catskill.