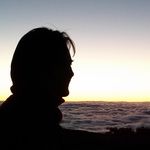 I am a Professor of Astronomy and Astrophysics at the University of Toronto, with interests covering much of astronomy but a focus on compact objects (“stellar corpses”), stars and binaries, their structure, formation, and evolution, and their use to infer fundamental physical properties.  My research is grounded in observations, but includes interpretation, theory, and numerical modelling.  I generally try to make progress using key observations and/or physical considerations of individual, carefully selected objects.

A major focus of my career has been to use neutron stars to study high-density and high field-strength physics, in conditions out of reach of terrestrial experiment (and theory, as yet), and to solve associated astronomical puzzles.  More recently, I have turned to a different quest: to understand what triggers thermonuclear supernovae. It is this quest I plan to pursue as a Guggenheim Fellow.

Supernovae signal the breakdown of the sine qua non of a star’s existence, that gravity be balanced by pressure.  Most are triggered when in the growing iron core of an evolved, massive star, conditions become so extreme that nuclei are broken up and electrons captured, causing a catastrophic loss of pressure, collapse to a neutron star, and, by a mechanism not fully understood, ejection of the envelope.

But some supernovae involve carbon-oxygen white dwarfs, the remnants of lower-mass stars.  These so-called type Ia or thermonuclear supernovae result when interaction with a companion rekindles fusion, causing a thermonuclear runaway, a catastrophic gain in pressure, and the disintegration of the whole white dwarf.  Because of their uniform properties, these supernovae could be used in the remarkable discovery that the Universe’s expansion is accelerating (2011 Nobel prize in physics).

It is generally thought a type Ia supernovae results when a white dwarf approaches the Chandrasekhar limit — the mass of 1.4 solar masses beyond which degenerate electron pressure can no longer balance gravity — and high densities make fusion unavoidable.  This idea is pleasing, as it involves solid physics and leads naturally to uniformity, invoking a trigger tied to a Nobel Prize–winning limit. It thus is in every textbook.

Yet the current paradigm neither naturally reproduces the properties of type Ia supernovae, nor easily accounts for their variation and dependence on host galaxy.  Furthermore, predicted formation rates are too low.  Pondering this, we realized that mergers of white dwarfs might lead to explosions whether or not their total mass exceeded the Chandrasekhar limit, and that with these the observed properties could be reproduced.

My elation with this insight, the heady mix of discount and thrill it engendered, and excitement about its ramifications, impelled me to its pursuit.  As a Guggenheim Fellow, I hope to find out whether it withstands full scrutiny.

My scientific career started at the University of Amsterdam, where I pursued both my undergraduate (M.Sc., 1988, with Ed van den Heuvel) and graduate studies (Ph.D., 1993, with Jan van Paradijs).  The resulting theses remain good examples of my style, both combining observations and theory, and both containing parts on the topics foreseen as well as (arguably more interesting) parts on different ones.

After my Ph.D., I was granted one of NASA’s Hubble Fellowships, which I took at Caltech, starting a long and fruitful collaboration with Shri Kulkarni as well as, a bit later, with his graduate student David Kaplan.  Early 1997, I moved to the Institute of Astronomy in Cambridge.  I stayed a bit briefly, as I had already been offered a position as Lecturer/Researcher at Utrecht University (equivalent to assistant professor, with tenure).  I took this up mid-1998, supported by a three-year fellowship awarded by the Royal Netherlands Academy of Sciences that allowed me additional time for research.  In 2001, I was promoted to senior Lecturer/Researcher (associate professor), and received a two-year extension of my Academy fellowship.  In 2003, I took up a full professorship at the Department of Astronomy & Astrophysics at the University of Toronto.