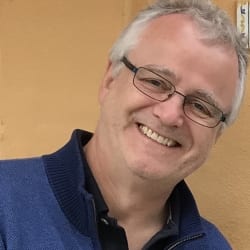 Martin Kern is a Sinologist who studies the textual culture of Chinese antiquity during the first millennium BCE. He is the Greg (’84) and Joanna (P13) Zeluck Professor in Asian Studies and Chair of the Department of East Asian Studies at Princeton University where he further directs “Comparative Antiquity: A Humanities Council Global Initiative.” Born and educated in Germany, he received his Dr. Phil. in Sinology, German Literature, and Art History from Cologne University in 1996. He taught at the University of Washington (1997-1998) and Columbia University (1998-2000) before moving to Princeton in 2000. At Renmin University of China (Beijing), he serves as Director of the International Center for the Study of Ancient Text Cultures and as Xin’ao Distinguished Visiting Chair in the Humanities. Kern has held multiple fellowships and visiting appointments in North America, Europe, and East Asia; in 2015, he was elected to the American Philosophical Society.

Kern’s publications address a range of topics, including the history of Chinese literature; the performance of poetry in political and religious ritual; historical configurations of authorship; the intersection of writing and orality; methodological questions in the philological study of ancient Chinese manuscripts; early Chinese literary thought; style and rhetoric in philosophy and historiography; poetry as the arena of cultural memory; ancient Chinese political philosophy; and the history and current issues of Sinology as a global field. Kern is further engaged in multiple collaborative projects including, most recently, his co-edited volumes Ideology of Power and Power of Ideology in Early China (2015), Origins of Chinese Political Philosophy (2017), and Confucius and the Analects Revisited (forthcoming 2018).

Kern’s monograph project for his year as a Guggenheim Fellow is titled “Performance, Memory, and Authorship in Ancient China: The Formation of the Poetic Tradition.” With this, he aims at a revisionist analysis of the origins and early developments of Chinese poetry from the beginnings of literature in the eleventh century BCE through its transformation under the conditions of the early imperial state after 221 BCE. “Performance, Memory, and Authorship in Ancient China”— for Kern the culmination of dozens of case studies in recent years—will examine the composition and presentation, circulation and transmission, and reception and canonization of poetic expression across multiple textual forms. Beginning from archaic religious and political hymns, royal declamations, and their subsequent reconfigurations as artifacts of cultural memory, Kern explores the most basic traditional assumptions about ancient Chinese literature: what is a text? What is an author? What are the boundaries of individual composition on the one hand, and of composite textual artifacts, shared repertoires, and intertextual fluidity on the other? And how was a vibrant culture of performance and memory finally systematized and arrested in defined textual forms under the conditions and for the purposes of the early imperial state?