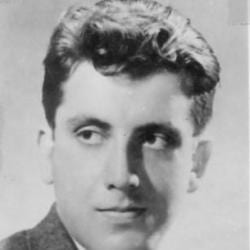 An internationally respected authority on Medieval and Renaissance history, especially the history of Italy, Marvin B. Becker authored many influential articles and monographs during his decades-long career, among them the two-volume study Florence in Transition (Johns Hopkins UP, 1967) and Medieval Italy: Constraints and Creativity (1981), Civility and Society in Western Europe, 1300–1600 (1988), and The Emergence of Civil Society in the Eighteenth Century (1994), all published by the Indiana University Press. He also edited the University of Michigan Press series Studies in Medieval and Early Modern Civilization. In 2002, to honor him the University of Michigan Press published Florentine Essays, a collection of his major articles on the Renaissance, edited by Carol Lansing and James Banker, two of his doctoral students. He conducted extensive researches in Italian archives, especially those in Florence, not only as a Guggenheim Fellow and a Fulbright Scholar (1953–55), but also as a fellow of the American Philosophical Society (1961–62), the ACLS (1963–64), and Harvard University Center at I Tatti (1963–64).

After his retirement from the University of Michigan, he and Betty Becker, his wife of sixty years and invaluable partner in his work, remained in Ann Arbor. According to a memorial profile by his friend and colleague Donald Weinstein published in the American Historical Association’s Perspectives (March 2004), even after his formal exit from academia he continued his research and writing: “At the time of his death [January 2004], he was reading widely in the art, literature, and politics of the 19th and 20th centuries, and preparing a book on the origins of modernism.”

In addition to the honors already mentioned, Professor Becker was a member of the Institute for Advanced Study in 1968–69, an elected member of the National Humanities Faculty, and an honorary member of Deputazione di Storia Patria per la Toscana.