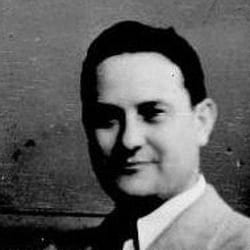 Heralded for his unique approach to the works of Shakespeare, Marvin Rosenberg transformed how the bard’s plays are understood with his Masks of series. By studying the interpretations over the centuries of Shakespeare’s plays by both actors and directors, he was able “to demonstrate ways in which dramatic production has informed and interpreted the lines, how performance illuminates text,” as his colleague Professor Emeritus Dunbar Ogden explained.

Rosenberg earned his B.A. (1933), M.A. (1936), and, after serving in the U.S. State Department in World War II, his Ph.D. (1951) from the University of California, Berkeley. In 1948, even before finishing his Ph.D., he was hired as an Assistant Professor at Berkeley and remained there throughout his decades-long academic career. He was promoted to full Professor in 1961, the same year his landmark Masks of Othello, the first in his series, was published. The Masks of King Lear followed in 1972; The Masks of Macbeth, in 1978; and in 1992 The Masks of Hamlet, considered by many the best of his publications, which won the University of Delaware Press Award and the Theatre Library Association’s George Freedley Memorial Award. While working on The Masks of Anthony and Cleopatra in 2002, he suffered a stroke and died in February 2003. The unfinished manuscript was edited and completed by his second wife, Mary, and was published posthumously in 2006, earning him a second George Freedley Memorial Award. After his death, Mary and his son Barr established the Dorothy Sargent Rosenberg Annual Poetry Awards (see www.Dorothyprizes.org), following Marvin’s wishes to honor the memory of his first wife, Dorothy, herself a published poet.

In addition to his writing of the Masks of series and many scholarly articles, Rosenberg amassed an immensely important archive of videos of Shakespeare productions from all over the world, and kept voluminous notes chronicling the development of various productions he watched, from the first rehearsal to the opening performance. He was also the author of several full-length plays, two of which won prizes.

Marvin Rosenberg was as dedicated to teaching as he was to research; he was still sharing his love of Shakespeare and his boundless enthusiasm with students at Berkeley until just a few months before his death, at the age of ninety.