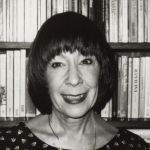 Mary Anne Weaver, a Writer in Residence at the Leon Levy Center for Biography at the City University of New York (2008-09), is the author of Pakistan: In the Shadow of Jihad and Afghanistan (Farrar, Straus & Giroux, 2002, 2003) and A Portrait of Egypt: A Journey Through the World of Militant Islam (1999, 2000). She was a Public Policy Scholar at the Woodrow Wilson International Center for Scholars in 2007, and a Guggenheim Fellow and the Edward R. Murrow Press Fellow at the Council on Foreign Relations for 2004-05. A long-time Foreign Correspondent for The New Yorker magazine, and a writer on assignment for The Atlantic Monthly and The New York Times Magazine, she was an Alicia Patterson Fellow for 2001. A specialist in South Asian and Middle Eastern affairs, and political and militant Islam, she has reported from some thirty countries over as many years, based in New Delhi, Cairo, Athens, and Bangkok.

A revised edition of her Pakistan book (newly titled, Pakistan: Deep Inside the World’s Most Frightening State) comes out in January 2010.

Her writing awards include Citation, The Cornelius Ryan Award for the best nonfiction book on international affairs, 2002, from the Overseas Press Club of America; the Newswomen’s Club of New York Front-page award, l995; and the National Newspaper of Canada award, l986. She was also a l996 nominee for a National Magazine Award, and a two-time nominee for a George Polk International Reporting award.

Much of her writing over recent years has involved the rise of militant Islam, in places as diverse—and as unexpected—as the Sultanate of Brunei and Bangladesh or—perhaps as predictable as— Pakistan, Egypt, Jordan, the West Bank, and Gaza Strip.

Before joining The New Yorker in 1987, she was a correspondent for The Sunday Times of London, the Christian Science Monitor, the London Times, and the Washington Post. Her non-journalistic experience includes two years with the United Nations, working largely on the African Emergency Program and, prior to that, four years as a Reports Officer with the U.S. Government.

Married to the late author and foreign correspondent Dean Brelis, she resides in New York City.