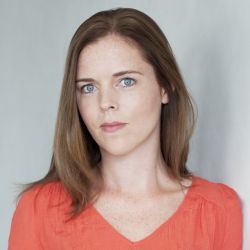 Mary Beth Keane was born in New York City to Irish parents and grew up in Rockland County, New York. She graduated from Barnard College in 1999, winning two undergraduate writing prizes: the Prescott Prize for Prose and the Teichmann Writing Prize. After working in New York City for several years she went on to the University of Virginia’s MFA program in Fiction, where she was a Henry Hoyns Fellow. She published several short stories while at U.Va, including one that was runner-up for The Chicago Tribune’s Nelson Algren Award. She began working on her first novel after graduation. That novel, The Walking People (Houghton Mifflin Harcourt, 2009) was a runner-up for the 2010 PEN / Hemingway Award for debut fiction. In 2011 she was named one of the National Book Foundation’s “5 under 35.”

Part of the PEN/Hemingway Award was a residency at Ucross, Wyoming, and it was at Ucross that Mary Beth wrote a significant portion of her second novel, Fever (Scribner, 2013). Fever, about the life of Typhoid Mary, was widely and positively reviewed, and was named a best book of the year by The San Francisco Chronicle, NPR Books, and Library Journal.

Mary Beth’s writing has appeared in The New York Times, The Chicago Tribune, Time, The Antioch Review, The Baltimore Review, The Recorder, and elsewhere. She has been an invited speaker at Aspen Summer Words, The Virginia Festival of the Book, The Arkansas Literary Festival, Columbia University, New York Irish History Roundtable, among others. She has taught writing at James Madison University, Temple University, Columbia School of the Arts, and most recently, Barnard College.

She lives in Pearl River, New York with her husband and their two young sons.