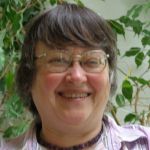 Mary Beth Norton, the Mary Donlon Alger Professor of American History, has taught at Cornell since 1971. Her major research and teaching interests are Early American History (before 1815) and American Women’s/Gender History. In 2008 she was named Stephen H. Weiss Presidential Fellow to honor her record as an outstanding undergraduate teacher.
She was educated at the University of Michigan (B.A., 1964) and Harvard University (M.A., 1965; Ph.D., 1969). Her dissertation won the 1970 Allan Nevins Prize from the Society of American Historians as the best-written dissertation in U.S history. She has written The British-Americans (1972); Liberty’s Daughters (1980, 1996); Founding Mothers & Fathers (1996), which was one of three finalists for the 1997 Pulitzer Prize in History; and In the Devil’s Snare (2002), which was one of five finalists for the 2003 Los Angeles Times Book Prize in History and won the English-Speaking Union’s Ambassador Book Award in American Studies for 2003. With five others, she has written A People and A Nation, currently in its 8th edition, which has been one of the leading U.S. history textbooks since its initial publication in 1982. She has also co-edited three collections of articles on American women’s history, and she was general editor of the American Historical Association’s Guide to Historical Literature (1995). She has served as vice president for research of the American Historical Association and as a presidential appointee to the National Council on the Humanities, among other professional activities, and she was the president of the Society of American Historians for 2008-2009. She was Pitt Professor of American History and Institutions at the University of Cambridge (U.K.), in 2005-2006. She has received with four honorary degrees and in 1999 was elected a fellow of the American Academy of Arts and Sciences. She has held fellowships from the National Endowment for the Humanities, the Guggenheim, Rockefeller, and Starr foundations, and the Henry E. Huntington Library, where she was the Los Angeles Times Distinguished Fellow for the 2008-2009 academic year.