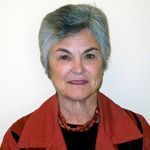 Mary Kay Vaughan specializes in the cultural, gender, and educational history of modern Mexico. Her book Cultural Politics in Revolution: Teachers, Peasants, and Schools in Mexico, 1930-1940 received the Herbert Eugene Bolton Prize as the most outstanding book in Latin American history in 1997 and the Bryce Wood Award of the Latin American Studies Association for best book on Latin America published in English. She is also the author of The State, Education and Social Class in Mexico, 1880-1928 (1982) and coeditor of several collections including Women of the Mexican Countryside, 1850-1990: Creating Spaces, Shaping Transitions (1994) and Escuela y sociedad en el periodo cardenista (1998). Her most recent publications are The Eagle and the Virgin: Cultural Revolution and National Identity in Mexico, 1920-1940 (2006), coedited with Stephen Lewis, and Sex in Revolution: Gender, Politics and Power in Modern Mexico (2006), coedited with Jocelyn Olcott and Gabriela Cano. She is former editor of the Hispanic American Historical Review and current president of the Conference on Latin American History. She has received fellowships from the National Endowment for the Humanities, the Council for the International Exchange of Scholars (Fulbright), and the Social Science Research Council, and grants from the MacArthur Foundation, the Fulbright Hays Program, and the Illinois Humanities Council. She has been visiting professor at the Benemerita Universidad Autonoma de Puebla and the Departamento de Investigaciones Educativas in Mexico City. She is currently completing the life history of painter Jose Zuniga, a biographical approach to understanding the Mexico City youth rebellion of the 1960s.