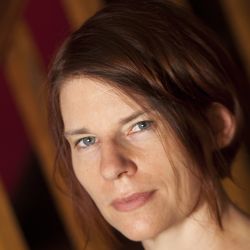 Maud Casey is the author of a collection of short stories, Drastic, and three novels, The Shape of Things to Come, Genealogy, and The Man Who Walked Away, which was published by Bloomsbury in 2014. The Shape of Things to Come was selected as a New York Times Notable Book. She is the recipient of the Calvino Prize and has received numerous international residency fellowships, most recently from Dora Maar House and the BAU Institute at Camargo Summer Arts Residency Fellowship. Her stories have been published in The Threepenny Review, Prairie Schooner, The American Scholar, Bellevue Literary Journal, American Fiction, and elsewhere. Her book reviews and essays have been published in The New York Times, Literary Imagination, Salon, A Public Space, and Post Road. Her essay “A Better Place to Live” is included in The Modern Library anthology Women Writing on Madness and her essay “The Rise From the Earth (So Far)” was a Salon Editor’s Pick of 2006. Casey has been a faculty member at the Warren Wilson low-residency MFA Program and the Bread Loaf Writers Conference. She is a professor of English at the University of Maryland and lives in Washington, D.C.

During her term as a Guggenheim Fellow, she will be working on a collection of linked stories, provisionally titled Iconographies.