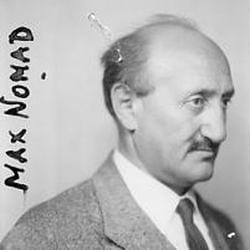 NORTON, MAX (Pen name: Max Nomad):  Appointed for the writing of a history of the socialist-communist, liberal-democratic, nationalistic-patriotic and reactionary conspiracies which contributed toward shaping the course of political events for the last one hundred and fifty years; tenure, twelve months from July 1, 1937.