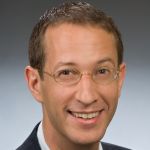 His first book, Nazis and Good Neighbors: The United States Campaign against the Germans of Latin America in World War II (Cambridge UP, 2003) uncovered the little-known effort by U.S. officials to seize some 4,000 suspected Nazis from fifteen Latin American countries and intern them in special camps in Texas, in a program that anticipated today’s incarceration of terrorist suspects at Guantánamo—including the misidentification of suspects through faulty intelligence and local corruption, and the evasion of legal and constitutional practices in the name of national security. The book received the Herbert Hoover Prize in U.S. History and the A.B. Thomas Prize in Latin American Studies. Reviewers called it a “pathbreaking” work, “international history at its best,” which “set a new standard for research.”

Friedman’s second book, Rethinking Anti-Americanism: The History of an Exceptional Concept in American Foreign Relations (Cambridge UP, 2012), integrates foreign-relations history with a study of the term “anti-Americanism” from 1776 to the present. The book presents new evidence on several case studies, including nineteenth-century U.S. intervention in Mexico; the U.S. role in two coups d’état in Guatemala; Charles de Gaulle’s efforts to promote a peaceful settlement in Vietnam; and the rise of transnational movements for peace and human rights in the 1920s, 1960s, 1980s, and 2000s. It shows how frequently the concept of “anti-Americanism” has produced analytical failures about conditions abroad, contributing to ineffective policy decisions that increased hostility toward the United States. Leading scholars in the field found the book “stunning,” “masterful,” “eloquently written with a keen eye to cultural nuances,” “lucid and commanding,” “original and convincing,” and “an impressive achievement” (jacket copy). Follow this link to view the book cover.

The Guggenheim Fellowship will support Friedman’s current research project, “The Containment of the United States: The Latin American Diplomatic Tradition and the Limits of Principle.” This project examines how Latin American intellectuals and diplomats developed an approach to international affairs that emphasized the principles of national sovereignty, nonintervention, and the peaceful settlement of disputes. This diplomatic tradition, although not applied uniformly in practice, had far-reaching and largely unrecognized effects well beyond the region by shaping the emergence of the twentieth-century system of international institutions. Latin Americans altered the course of U.S. foreign policy by setting discursive constraints on the apparently unlimited power of the strongest state in the Americas, thereby helping to terminate military occupations, diminish the frequency of armed intervention, strengthen legal sovereignty, and introduce new rules for economic exchange. This contributed to the current rise of leftist governments in the region, due in part to the development of an international normative regime that has made it much more difficult for the United States to determine the nature of governance in Latin America.

In addition to the Guggenheim Fellowhsip, Friedman has received more than fifty fellowships and grants, including an Alexander von Humboldt Foundation Fellowship, a Thyssen-Heideking Fellowship, and an Institute on Global Conflict and Cooperation Fellowship. The Society for Historians of American Foreign Relations has recognized his work with five prizes and fellowships, including the Bernath Lecture Prize for “excellence in teaching and research in the field of foreign relations,” and the W. Stull Holt Fellowship, awarded for “conceptual depth and originality” in “broadening the definition of what American foreign relations encompasses.” He is co-editor, with Padraic Kenney, of Partisan Histories: The Past in Contemporary Global Politics (Palgrave Macmillan, 2005). His twenty-two articles and chapters have appeared in such venues as Atlantic Studies, Diplomacy & Statecraft, Diplomatic History, German Life and Letters, Holocaust and Genocide Studies, Journal of American Studies, Journal of Policy History, Journal of Social History, Modern Intellectual History, Oral History Review, Procesos: revista ecuatoriana de historia, Revue française d’études américaines, and The Americas: A Quarterly Review of Inter-American Cultural History.