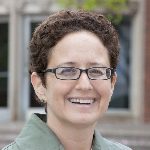 Melissa Lane is Professor of Politics at Princeton University, a position she has held since 2009.  Previously she taught from 1994 to 2009 in the Faculty of History of the University of Cambridge, where she was a Fellow of King’s College.  She has been Visiting Professor of Government and Lecturer in Social Studies at Harvard University; a Senior Research Fellow of the Centre for History and Economics, King’s College, Cambridge, as part of a grant supported by the MacArthur and Rockefeller Foundations; and a Visiting Fellow of the Research School of Social Sciences, Australian National University.  In 2012–2013 she will be a Fellow of the Center for Advanced Study in the Behavioral Sciences at Stanford University.

Melissa Lane’s work has focused on the history of political thought and political philosophy, with distinctive strength in ancient Greek political thought, while spanning both the ancients and the moderns.  This wide range is reflected in the fact that she is a contributor to both the Cambridge History of Greek and Roman Political Thought (2000), of which she was also an Associate Editor, and the Cambridge History of Twentieth-Century Political Thought (2003); her research in twentieth-century thought is reflected further in her co-editing of A Poet’s Reich: Politics and Culture in the George Circle (2011).

Her expertise in the area of ancient political theory is internationally recognized, building on her books Method and Politics in Plato’s Statesman (Cambridge, 1998) and Plato’s Progeny: How Plato and Socrates still captivate the modern mind (Duckworth, 2001), and her Introduction to the Penguin Classics edition of Plato’s Republic (2007).  She is the author of the article on "Ancient Political Philosophy" in the Stanford Encyclopedia of Philosophy and was a plenary speaker at the 2010 International Plato Society Symposium on Plato’s Republic in Tokyo, Japan.

She is also well known for bringing ancient political thought and ethics to bear on modern questions.  This is most evident in her third book, Eco-Republic, which appeared in 2011 from Peter Lang in the U.K. and in 2012 from Princeton University Press in the United States.  The book draws on Plato’s Republic as a template for thinking about psycho-social stability as a core component of ecological sustainability.  It proposes inertia, imagination, and initiative as a framework for political theorizing and builds on Professor Lane’s extensive engagement with public- and private-sector leaders (including talks to meetings of groups such as the BBC, the Asian Development Bank, the World Bank, and the UN Secretary General Special Representative for Business and Human Rights Consultation), on issues of sustainability, to interpret current initiatives in a Platonic spirit and consider how they might be extended further.

At Princeton, Professor Lane is Director of the Program in Values and Public Life of the University Center for Human Values, and a core participant in an interdisciplinary Research Community on "Communicating Uncertainty: Science, Institutions, and Ethics in the Politics of Global Climate Change," supported by the Princeton Institute for International and Regional Studies.  Abroad, she is a Senior Associate of the University of Cambridge Programme for Sustainability Leadership and a core participant in a Popular Sovereignty research network funded by the AHRC in the U.K.  She was formerly a Syndic of Cambridge University Press and has been a guest faculty member for HRH The Prince of Wales’ Business and Sustainability Programme.  She has been elected to the Executive Council of the Foundations of Political Theory section of the American Political Science Association for a three year term. She has been a frequent contributor to BBC Radio 3 and Radio 4, and to the Philosophy Bites podcast series, as well as other media discussions of ethics, political thought, and the history of ideas.  She is a Fellow of the Royal Historical Society and a Fellow of the Royal Society for the encouragement of the Arts, Manufactures and Commerce.

During her Guggenheim Fellowship term, Melissa Lane will be continuing work on her next study, tentatively titled The Rule of Knowledge: Platonic Psychology and Politics, in the broader context of her research interests on the place of knowledge in political theory and in modern politics.