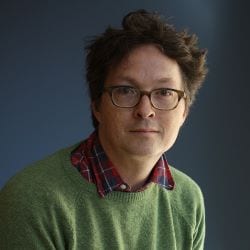 Michael Dickman began writing poems in high school after reading Pablo Neruda's "The Captain's Verses". Since then he has published four books of poems including, most recently, "Green Migraine" (Copper Canyon Press, 2015) and "Days & Days" (Knopf 2019). He also has written a book of plays, along with his brother, the poet Matthew Dickman, called "50 American Plays" (Copper Canyon Press, 2012). Since 2011 he has been on the creative writing faculty at Princeton University. Photo Credit: Michael Lionstar