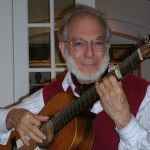 Michael Fisher has, since 1987, been at the University of Maryland initially as Wilson H. Elkins Professor and then as Distinguished University Professor and Regents Professor in the Institute for Physical Science and Technology.

Born in Trinidad in the West Indies in 1931 he was raised mainly in London, England but spent two years from 1940 in South Africa. In 1948 he enrolled in King’s College London, studying Physics and Mathematics. After gaining his B.Sc. (in theoretical physics) he served as an officer in the Royal Air Force before returning to King’s for his Ph.D. where he joined the faculty in 1958 becoming Professor of Physics in 1965. The following year he moved to Cornell University as Professor of Chemistry and Mathematics, being later named as Horace White Professor of Chemistry, Physics and Mathematics. He acted as chair of the Chemistry Department from 1975 to 1978.

Initially Michael Fisher worked in the field of electronic analog computing (experimental and theoretical), but has subsequently contributed to statistical mechanics and to the chemical physics of condensed matter, including the theory of polymers, magnetism, phase transitions, and critical and multicritical phenomena including superfluid helium, wetting and surface behavior, ionic systems and electrolytes. He has worked on associated mathematics problems (including Toeplitz matrices, asymptotic approximation, numerical analysis of power series, etc.) and established rigorous foundational results in statistical physics. More recently he has studied biophysical problems, especially motor proteins and their stochastic kinetics.

Michael Fisher has been credited with bringing together and teaching a common language to chemists and physicists working on diverse problems of phase transitions—qualitative changes in a system due to small quantitative change of a parameter. He has been considered the major driving force behind the great progress that has taken place in the field of statistical mechanics; in particular, he has made seminal contributions to the development of Renormalization Group theory and its application to studies of critical phenomena.

His scholarly output encompasses lecture courses, and over 400 research articles including papers said to have initiated new areas of research and review articles that have been regarded as classics for generations of graduate students and researchers. He has mentored over thirty doctoral students and over fifty postdoctoral associates many of whom have gone on to fill leading academic positions in the United States, Britain, Israel, and elsewhere.

Honors and awards received by Michael Fisher include the Irving Langmuir Prize in Chemical Physics (1970), the New York Academy of Sciences Award in Physical and Mathematical Sciences (1978), the Wolf Prize in Physics (1980), the Guthrie Medal and Prize of the Institute of Physics (1980), the IUPAP Boltzmann Medal (1983), the Hildebrand Award of the American Chemical Society (1995), the first Lars Onsager Memorial Award of the American Physical Society (1995), and a Royal Medal from the Royal Society of London (2005).

Mr. Fisher lives in Maryland with his wife, Sorrel (neé Castillejo). They have a daughter and three sons, two of whom are theoretical physicists (at Stanford and Caltech) and they enjoy seven grandchildren.