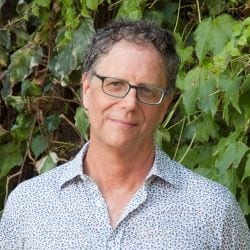 Michael Frank is the author of What Is Missing, a novel, and The Mighty Franks, a memoir, both published by Farrar, Straus and Giroux. A Barnes & Noble Discover Great New Writers selection, The Mighty Franks won the 2018 JQ Wingate Prize and was named one of the best books of 2017 by The Telegraph and The New Statesman. Both books are in development, the memoir as a limited television series and the novel as a feature film. Frank's essays, articles, and short stories have appeared in The New York Times, The Wall Street Journal, The Atlantic, Slate, The Yale Review, Salmagundi, The TLS, Tablet, and Time, among other publications. He served as a Contributing Writer to the Los Angeles Times Book Review for nearly ten years. A native of Los Angeles, he lives with his family in New York City and Liguria, Italy. Photo Credit: Marta Barisione