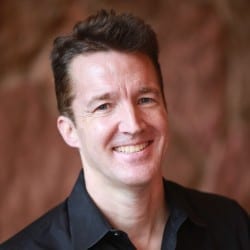 Michael Gubser is a professor of history at James Madison University. His research focuses on intellectual history, international development, and modern Europe. He is the author of The Far Reaches: Phenomenology, Ethics, and Social Renewal in Central Europe (Stanford: 2014) and Time’s Visible Surface: Alois Riegl and the Discourse on History and Temporality in Fin-de-Siècle Vienna (Wayne State, 2006), as well as the co-editor, with Jerrold Keilson, of The Practice of International Development (Routledge, 2018). He is also an international development practitioner who has worked as a program evaluator and proposal writer for several foreign aid organizations. He will spend his fellowship year working on his book “Leaving the Past Behind: History and Ahistoricism in International Development Theory and Practice.”

When he is not doing the things mentioned above, he is usually working on his next musical or musical theatre project.