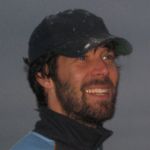 A recipient of numerous awards, McKean has received a Nancy Graves Foundation Award, the Artadia Award, a Thayer Fellowship in the Arts, a Virginia Museum of Fine Arts Fellowship, and a number of State Arts Commission grants. McKean has been in residence at The Core Program at the Museum of Fine Arts, Houston, The International Studio and Curatorial Program in New York City, The Provincetown Fine Arts Work Center, The Bemis Center for Contemporary Arts, Central Michigan University as the Stephen L. Barstow Fellow, The Archie Bray Foundation in Helena, Montana, and ThreeWalls in Chicago, Illinois.

His work as been discussed in The New York Times, Art Papers, artforum.com, Time Out Chicago, Time Out New York, Surface Magazine, Flash Art, and NPR among others.

McKean is currently an Assistant Professor in the Sculpture and Extended Media Department at Virginia Commonwealth University where he has taught since 2006.