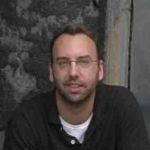 Michael Meyer grew up in Minnesota, and first went to China in 1995 as a Peace Corps volunteer. His first book, The Last Days of Old Beijing: Life in the Vanishing Backstreets of a City Transformed, details the capital’s oldest neighborhood as the city remade itself for the 2008 Olympics. A Lowell Thomas Award winner for travel writing, Meyer’s stories have appeared in Sports Illustrated, The New York Times Book Review, Time, Smithsonian, the Financial Times, Chicago Tribune, and the Los Angeles Times. In China, he represented the National Geographic Society’s Center for Sustainable Destinations. Meyer graduated with degrees in education from the University of Wisconsin-Madison and the University of California-Berkeley, where he trained as a literacy specialist. In 2009, Meyer received the Whiting Writers’ Award, followed by a fellowship at the Cullman Center for Scholars and Writers at the New York Public Library. He is at work at his second book, In Manchuria, a blend of history and reportage about a family’s organic rice farm in China’s northeast.

Here are links to Meyer’s recent articles, as well as a video interview from his Beijing classroom, home, and hutong neighborhood. He also was interviewed on NPR's All Things Considered and by Orville Schell for Book TV.