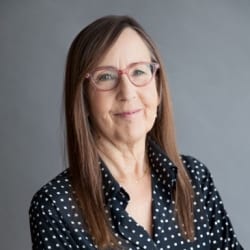 Michelle Huneven was born and raised in Altadena, California. She received an MFA was the Iowa Writers Workshop and is the author of four novels. Round Rock (Knopf 1997) and Jamesland (Knopf 2003), were both New York Times Notable Books and also finalists for the LA Times Book Award. Her third novel, Blame, (Sarah Crichton Books, FSG, 2009), was a finalist for both the National Book Critics Circle Award and the LA Times Book Award. Her fourth novel, Off Course, (Sarah Crichton Books, FSG, 2014), was a New York Times Editor’s Choice.

Michelle has received a GE Younger Writers Award and a Whiting Award for Fiction. For many years her “day job” was reviewing restaurants for the Los Angeles Times, the LA Weekly among other publications, for which she received a James Beard Award and several American Food Journalists Awards. She has contributed essays and op-ed pieces to the Los Angeles Times, the New York Times, and various anthologies including Literary Pasadena, Dog Is My Co-Pilot, and Selfish, Shallow, and Self-Absorbed.

Michelle teaches creative writing to undergraduates at UCLA. She has also taught at the Iowa Writers Workshop, and served as a senior fiction editor at the Los Angeles Review of Books.

Michelle lives in Altadena with her husband, environmental lawyer Jim Potter, along with a terrier, a black cat, and a talkative African Gray parrot.