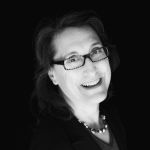 Miriam A. Golden is Professor of Political Science at the University of California, Los Angeles. She received her Ph.D. in government in 1983 from Cornell University, after undergraduate studies at the University of California, Berkeley, and the London School of Economics and Political Science. Her broad interests are in problems of political representation and accountability. Golden’s early work focused on labor politics in advanced democratic countries, particularly western Europe. Her research interests subsequently shifted to the study of the various ways in which elected public officials transgress the law: political corruption, political violence and criminality, and electoral fraud. She has also studied political distortions in the allocation of public resources. At the same time, the geographic focus of her work expanded to encompass South Asia and Africa. Golden has held residential fellowships at the Center for the Study of Democratic Politics at Princeton University and at the Russell Sage Foundation. Her research has been supported by the National Science Foundation, the U.K.’s Department for International Development (DfID), the International Growth Center, and the governments of Canada and Quebec. She is an affiliate of the Center for Effective Global Action (CEGA), a member of Experiments in Governance and Politics (EGAP), and past president of the American Political Science Association’s Organized Section in Political Economy. While a Guggenheim Fellow, Golden will devote her time to writing a book-length study of bad government in rich and poor democracies. The project draws on extensive empirical materials collected in Italy, India, and Ghana over more than a decade of research.