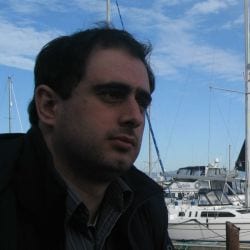 Professor Mohammad T. Hajiaghayi is the Jack and Rita G. Minker Professor of Computer Science at the University of Maryland, College Park. He is also an Affiliate Professor in the Decision, Operations, and Information Technologies Area of the University of Maryland Robert H. Smith School of Business. Professor Hajiaghayi got his Ph.D. from MIT in 2005 and was a postdoctoral Fellow in the School of Computer Science at Carnegie Mellon University until early 2007. He has also been employed as a research scientist by top research labs in the nation such as AT&T Research Labs, Amazon Labs, Google Research, Microsoft Research, as well as IBM Research. His main area of research is designing algorithmic frameworks for complex networks and games. In particular, he designs efficient online algorithms, game theory algorithms, approximation algorithms, fixed-parameter algorithms, and streaming/parallel algorithms for big and complex networks and games, and often test them in real-world and in practical situations. He is an Association for Computing Machinery (ACM) Fellow (2018) (the youngest in the class of 2018 fellows) and the recipient of ACM International Collegiate Programming Contest (ICPC) Coach Award (2017) for advancing University of Maryland programming teams SIX times to World Finals of this “Programming Olympics” contest, European Association for Theoretical Computer Science (EATCS) Nerode Prize (2015) for his Bidimensionality Theory developed originally in his Ph.D. thesis, University of Maryland Graduate Advisor of the Year Award (2015), Office of Naval Research (ONR) Young Investigator Award (2011), National Science Foundations (NSF) CAREER (2010), Google Faculty Research Award (2010 & 2014), and several grant awards from DARPA, Airforce, Navy among others. He has solved problems some were open for near a century in particular the well-studied blotto games (a.k.a. the US Presidential Election game), first introduced by Borel in 1921, which got huge media coverage such as in Science Daily, Business insider, among others and NSF twitted this research news to its more than 700K followers.

In the course of his professional career, Professor Hajiaghayi has published over 240 papers mostly in top CS conferences and journals with over 220 co-authors, received a few best paper awards, served on program committees of several well-known and premier international computer science conferences (such as STOC, SODA, SPAA, ICALP, ESA, ACM EC, WINE, INFOCOM), and editorial boards of premier journals such as ACM Transactions on Algorithms, SIAM Journal on Discrete Math, Networks, Algorithmica, Encyclopedia of Algorithms, and Algorithms. Professor Hajiaghayi has 11 granted and 4 filed U.S. patents and has given over 70 invited talks around the world and organized several workshops and tutorials including an ACM EC 2015 tutorial on “Network Creation Games: How Does the Internet Form?”, a FOCS 2013 Workshop on “Bidimensionality Structures: Algorithms and Combinatorics”, a 5-day Dagstuhl Seminar 2013 on “Bidimensional Structures: Algorithms, Combinatorics, and Logic” (both on his Bidimensionality theory which also received EATCS Nerode Prize 2015), a comprehensive 5-day event at Princeton University focusing on “Advances in Approximation Algorithms in the Past Decade” in June 2011, and another 4-day Dagstuhl Seminar 2009 on “Fixed-Parameter and Approximation Algorithms” (again around his bdimensionality theory). In particular, very recently Professor Hajiaghayi was the Program Committee Chair for the 29th ACM Symposium on Parallelism in Algorithms and Architectures (SPAA’18) for which he was chairing a committee of more 40 best and well-known researchers in the field of theoretical computer science. He also holds Silver Medal in 9th International Olympiad in Informatics (IOI’97). His soccer robot team ranked the third in the Middle Size League in World RoboCup Championship 2000 in Melbourne as well as the first in the Middle Size League in European RoboCup Championship 2000 in Amsterdam.
So far Professor Hajiaghayi has graduated 5 Post-docs, 10 Ph.D. students, and 2 Master students, and currently has 8 other Ph.D. students. Those who have graduated almost all are/were employed by top academic places such as Stanford University, Harvard University, Weizmann Institute of Science, or at top research labs such as Google, Microsoft, Facebook, Amazon, and Uber and awarded prestigious fellowships such as Google Fellowship, Simons Award in TCS, and World Quantitative and Science Scholarship among others.

You may see Professor Hajiaghayi homepage, Wikipedia page, and his CV for more information.