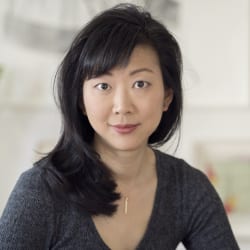 Monica Youn is the author of three books of poetry, most recently BLACKACRE (2016), which won the William Carlos Williams Award. It was also a finalist for the NBCC Award, the Kingsley Tufts Award and the PEN Open Book Award and longlisted for the National Book Award. Blackacre was named one of the year’s best poetry collections by the New York Times, the Washington Post and BuzzFeed. Her previous book IGNATZ (2010) was a finalist for the National Book Award. She has been awarded a Witter Bynner Fellowship from the Library of Congress, the Stegner Fellowship from Stanford University, and residencies from Civitella Ranieri, the Rockefeller Foundation / Villa Serbelloni, the MacDowell Colony and the Corporation of Yaddo. Her poems have been widely published, including in Poetry, The New Yorker, The New Republic, Lana Turner, The Paris Review, and The Best American Poetry. Linda Gregerson has called her “one of the two or three most brilliant poets working in America today.” The daughter of Korean immigrants and a former lawyer, she teaches at Princeton University and in the MFA Programs at NYU and Columbia University.