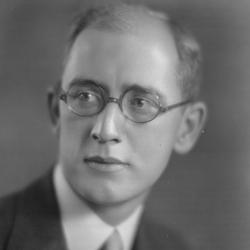 ZABEL, MORTON DAUWEN. Appointed for the writing of a book on Joseph Conrad: a critical study of his life, his writings, and his thought in the setting of modern literature and history; tenure, twelve months from the winter of 1944–45 (postponed).