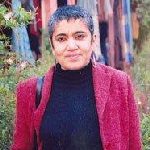 Mrinalini Sinha is Alice Freeman Palmer Professor in the Department of History and Professor in the Department of English Language and Literature (by courtesy) at the University of Michigan, Ann Arbor. She has written on various aspects of the political history of colonial India, with a focus on anti-colonialism, gender, and transnational approaches. She has recently become interested in the different forms of political imaginings, beyond the nation-state, that animated anti-colonial thought in India at least until the interwar period. Her Guggenheim project, with the title “Complete Political Independence: The Curious History of a Nationalist Indian Demand,” will explore the contingency of the development of the nation-state form in India.