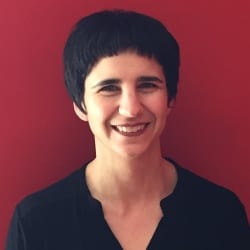 Nadja Durbach is an historian of modern Britain who specializes in the history of the body. Educated at the University of British Columbia (BA Hons) and the Johns Hopkins University (PhD), she joined the University of Utah in 2000 where she is currently Professor of History.

Her first book, Bodily Matters: The Anti-Vaccination Movement in England, 1853-1907 (Duke 2005) is a social, cultural, and political history of widespread resistance to compulsory smallpox vaccination. It locates anti-vaccinationism at the very center of wider public debates over the extent of government intervention in the private lives of its citizens, the values of a liberal society, and the politics of class. In addition, it explores a range of cultural anxieties about bodily integrity and the maintenance of blood purity. This work has been cited in British government sources as an evidence-based “lesson from history” relevant to current disease-control policy-making and has been featured in recent press coverage of resurgent anti-vaccination sentiment. Her second book, Spectacle of Deformity: Freak Shows and Modern British Culture (California, 2010) examines commercial displays of anomalous bodies as critical sites for popular and scientific debates over the significance of bodily difference during the heyday of Britain’s modern and imperial self-fashioning. Although scholars have often attacked the freak show as prurient and exploitative, this approach oversimplifies the complexities inherent in displays of corporeal difference and in the process refuses any real analysis of the freak show’s cultural work. Durbach argues that displays of “human oddities” functioned as important spaces for popular and professional negotiations over the boundaries between human and animal, black and white, male and female, middle and working class, civilized and savage, ancient and modern, and ultimately British and foreign.

During her Guggenheim Fellowship, Professor Durbach will be working on a monograph entitled, Many Mouths: State-Feeding in Britain from the Workhouse to the Welfare State. Many Mouths is a study of both the material and symbolic importance of feeding programs initiated by the British government for particular target populations from the 1830s workhouse to the post-war Welfare State. The book uses a series of case studies—paupers, famine victims, prisoners, schoolchildren, prisoners of war and civilian internees, wartime civilians on the home front, and pregnant women and young children--to think about the place of food in forging relations between the citizen and the state. Durbach argues that food was central to the governance of populations, and to the making of national, class, ethnic, racial, colonial, generational, and gender identities during a period when Britain promoted itself in a variety of ways as a modern and thus model nation. But this is not a top-down administrative history of government programs. Many Mouths proposes that beneficiaries of state-feeding services were not passive recipients but rather active participants in shaping how these policies would be put into practice. These case studies reveal how a variety of different British subjects responded to, and thus re-worked, the practices of food aid, investing their own meanings in the act of using or refusing these services. Many Mouths thus takes food seriously both as a cultural artifact, and thus something good “to think with,” and as a basic human need whose distribution and consumption has very real and significant political and social effects.