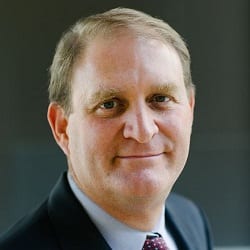 Nate Persily is the James B. McClatchy Professor of Law at Stanford Law School, with appointments in Political Science, Communication, and the Freeman Spogli Institute.  He is co-director of the Stanford Cyber Policy Center, the Stanford Project on Democracy and the Internet, and Social Science One, an initiative to facilitate greater sharing of privacy-protected Facebook data to social scientists. His current work, for which he has been honored as an Andrew Carnegie and CASBS Fellow, examines the impact of changing technology on democracy. He has served as special master or court-appointed expert to craft legislative districting plans for numerous states (New York, Pennsylvania, Maryland, Georgia, Connecticut and North Carolina) and as the Senior Research Director for the Presidential Commission on Election Administration. He is coauthor of the leading election law casebook, The Law of Democracy, a member of the American Academy of Arts and Sciences, and a commissioner on the Kofi Annan Commission on Elections and Democracy in the Digital Age.   For much of 2020, he will be dedicating his time toward helping the United States overcome the challenges of running an election in the face of the Covid-19 pandemic. His website is www.persily.com and Twitter handle is @persily.