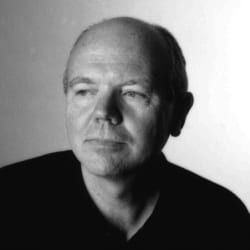 Nicholas Hill, printmaker and artist-curator, has exhibited his work in the USA, Germany, Chile, India, France, Denmark, Poland and the Czech Republic. His studio work involves the exploration of history, other cultures and the creative processes of artists in those cultures. His curatorial work has led to multiple exhibitions in the US by artists from India, Germany and Chile. The Guggenheim Fellowship will support his travel to several art centers in India, the development of new work, and new collaborations with artists and craftspeople.

Throughout his career, the role of residencies and interactions with other artists has been pivotal to his work. Nicholas has been awarded residencies in the USA at the MacDowell Colony, the Virginia Center for the Creative Arts, the Ragdale Foundation and the Art Students League residency at Vytlacil. Internationally, Nicholas has been awarded residencies in Germany at Grafikwerkstatt and at the Hochshule fur Bildende Kunste in Dresden. The German residencies were awarded by the Ohio Arts Council and the Greater Columbus Arts Council. He has been artist-in-residence at Taller 99 printmaking studio in Santiago, Chile and at Casaplan Cultural Center in Valparaiso, Chile.

Nicholas has received project and curatorial grants from the New York State Council on the Arts, Artists Space- New York City, the Ohio Arts Council, the Ohio Arts Foundation and the Greater Columbus Arts Council. He co-curated an exhibition of contemporary Indian and American printmaking at Lalit Kala Akademi Galleries in New Delhi. Also, his work has included community-based arts projects with under-served communities in Ohio and New York.

Represented by Printworks Gallery in Chicago, Nicholas’ work is held in many public collections including the Library of Congress, the New-York Historical Society, the United States Department of State and the Nelson-Atkins Museum of Art.