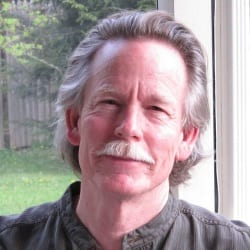 Nick Bromell is an intellectual historian working at the intersection of literary and cultural studies and political theory. He is the author of By the Sweat of the Brow: Literature and Labor in Antebellum America (Chicago: 1992), Tomorrow Never Knows: Rock and Psychedelics in the 1960s (Chicago: 2000), and The Time Is Always Now: Black Thought and the Transformation of US Democracy (Oxford: 2013).   His research has appeared in numerous academic journals, including American Quarterly, American Literary History, American Literature, American Music, and Political Theory. His essays have been published in The Boston Globe, Harper’s, Raritan, Sewanee Review, The Georgia Review, The American Scholar, and on-line at Alternet and Salon. The founding editor of The Boston Review and a former president of the New England American Studies Association, he teaches in the English Department at the University of Massachusetts, Amherst. He is currently writing a book on the political philosophy of Frederick Douglass.