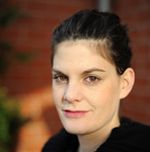 Nora Krug is a writer and artist whose drawings and visual narratives have appeared in publications including The New York Times, the Los Angeles Times, The Guardian, and le Monde Diplomatique, and in anthologies published by Houghton Mifflin Harcourt, Simon and Schuster, and Chronicle Books. She is the creator of the graphic novel Red Riding Hood Redux, a reinterpretation of the classic fairy tale told from multiple perspectives, and Shadow Atlas, an encyclopedia of ghosts and spirits, which won a silver cube from the Art Directors Club. Krug was a Fulbright and DAAD scholar, and she won a grant from the Pollock-Krasner Foundation. Her work is in the Library of Congress and has been recognized by the Society of Illustrators, American Illustration, and the Art Directors Club, among other professional organizations. Her graphic biographies won gold medals from the Society of Illustrators, and her story, "Kamikaze," about a surviving Japanese WWII pilot was included in Houghton Mifflin’s Best American Comics and Best Non-Required Reading. Krug’s work has been exhibited internationally, and her animated guide to Japanese business etiquette, How To Bow, was shown at Ars Electronica and the Sundance Film Festival. Krug is an associate professor in the Illustration Program at Parsons The New School for Design in New York City. She is currently working on a nonfiction graphic memoir about her family, which deals with German identity and guilt.