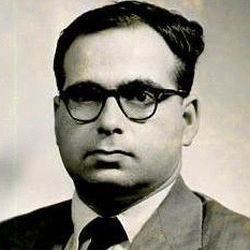 Professor Birnbaum was born in New York City in 1926 and educated at its public schools, at Williams College and Harvard University, whose doctorate in sociology he holds. He has taught at the London School of Economics and Political Science, Oxford University, the University of Strasbourg, and Amherst College. He introduced sociology to the undergraduate curricula of Oxford and Amherst. He was at Georgetown University Law Center from 1979 until retirement as University Professor Emeritus in 2001. He has held appointments at the Ecole des Hautes Etudes en Sciences Sociales, the Fondazione Gianni Agnelli and the Fondazione Alcide de Gasperi, the Institute for Advanced Study, and the Wissenschaftskolleg and Wissenschaftszentrum . He was Fulbright Distinguished Professor at the University of Bologna and has been a visitor at the London School of Economics and his college at Oxford, Nuffield College. He has also taught at the University of California at Los Angeles, the Graduate Faculty of the New School for Social Research, and Yale University.

He was a founding editor of New Left Review, was on the Editorial Board of Partisan Review, and is on the boards of The Nation and the journal Blaetter fuer Deutsche und Internationale Politik.  He has been a consultant to a number of members of the Congress and the Senate, and to the National Security Council.. He participated in the presidential campaigns of Jimmy Carter, Edward Kennedy, and Jesse Jackson. He has also worked with the United Auto Workers, the AFL-CIO, and the parties of the Socialist International. He continues to participate in the politics of the Democratic Party and to advise a number of groups in Europe.

He has been a consultant to the Ecumenical Institute, World Council of Churches, and to the Woodstock Theological Center. He is Chair of the Scholarly Advisory Board of the International Institute of Peace, Vienna.

Professor Birnbaum, apart from publications in scholarly books and journals, contributes frequently to the press in Europe, Latin America, and the U.S. He is a regular contributor to El Pais and to Die Tageszeitung, and writes frequently as well for Jesuit journals in Europe. His books include The Crisis of Industrial Society, 1969; Toward a Critical Sociology, 1971; The Radical Renewal: The Politics of Ideas in Modern America, 1988; Searching For The Light, Essays in Thought and Culture,1993; and After Progress, American Social Reform And European Socialism In The Twentieth Century, 2001 (translated into German and Spanish).

He is now writing a memoir, From The Bronx To Oxford—And Not Quite Back.