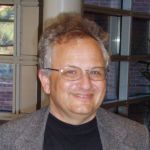 Norman C. Ellstrand is Professor of Genetics at the University of California Riverside (UCR) and Adjunct Professor at Keck Graduate Institute of Applied Life Sciences. At age four his parents helped him match a picture of a Scarlet Tanager to a living bird outside his window, starting his lifelong passion in biology. With a B.S. from the University of Illinois Urbana-Champaign, he decided to keep birds as a source of recreation and became a plant evolutionary geneticist, earning his Ph.D. from the University of Texas at Austin in 1978.

His research now focuses on applied plant population genetics, emphasizing the consequences of gene flow and hybridization on the evolution of invasiveness and the escape of engineered genes. He secretly wants to write a novel but has had fun doing science. On ISI's HighlyCited list, Ellstrand has authored more than 180 publications including the book Dangerous Liaisons? When Cultivated Plants Mate with Their Wild Relatives. Ellstrand has presented his research to various audiences ranging from United States Congressional staff to Cuban biotechnologists, lived in Sweden on a Fulbright Fellowship, and participated in several National Research Council activities, notably, studies on (i) the environmental impacts associated with the commercialization of transgenic plants and (ii) biological confinement.

His primary undergraduate teaching effort has been non-majors courses because he believes that non-scientists should learn that science is important, interesting, and intuitive (and fun!). All who received an M.S. or Ph.D. under his guidance have science-based careers in industry, the public sector, or academia. In his spare time, Norm Ellstrand helps to create new units on his campus, including UCR's Center for Conservation Biology. His honors include UCR's 2004 Dissertation Mentor of the Year Award and the Botanical Society of America's 2008 Merit Award.