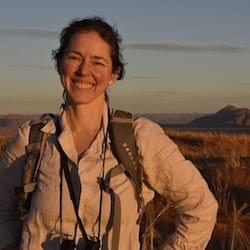 Olivia Judson is an evolutionary biologist and writer.  Educated at the universities of Stanford and Oxford, she began her writing career at The Economist, where she covered biology and medicine.  Her award-winning first book, Dr Tatiana's Sex Advice to All Creation: The Definitive Guide to the Evolutionary Biology of Sex, has been translated into more than 15 languages.  She has subsequently written for a variety of publications, including Smithsonian, The Atlantic and National Geographic; for two years, she was the author of a popular weekly column for The New York Times online. Affiliated with both Imperial College London and the Freie Universität Berlin, she is currently writing a history of life and Earth. Photo Credit: Alexandre Courtiol