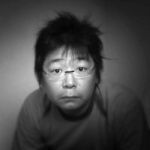 Osamu James Nakagawa was born in New York City and raised in Tokyo. He returned to the United States, moving to Houston, Texas, at the age of 15. He received a Bachelor of Arts from the University of St. Thomas Houston in 1986 and a Master of Fine Arts from the University of Houston in 1993. Currently, Mr. Nakagawa is an associate professor of photography at Indiana University. He lives and works in Bloomington, Indiana.

During my Guggenheim Fellowship term, I would like to expand my current body of digital photography work to include the gama caves in Okinawa. My current work Banta (Cliffs) deals with the Okinawan banta cliffs that became known as “Suicide Cliffs” because of the large number of Okinawans who took their own lives there immediately prior to and during the Battle of Okinawa in 1945. Like the banta cliffs, the gama caves also witnessed thousands of tragic and unimaginable deaths. Just like the Banta series, I envision this new work not as a literal documentation of the gama caves. Instead I see the digitally constructed and manipulated images as an exploration of the historically and politically loaded landscapes that these sites represent.

As a Japanese/American living in the United States for the past thirty years, I feel like an outsider in both cultures. My wife is from Okinawa, and hence I have inherited a third culture. Still I am stranger in all the places my family could call “home.” The duality and conflict of this experience is the motivation for my photographic exploration, and I am personally invested in finding points of connection and disconnection between actual and constructed memories on both cultural and familial levels.

With this new work, I hope to challenge the ongoing cultural and societal ambivalence towards the conflicting histories of Okinawa through a hyper-real interpretation of the gama caves, landscapes that witnessed the mass suicides of thousands of Okinawans at the end of World War II.